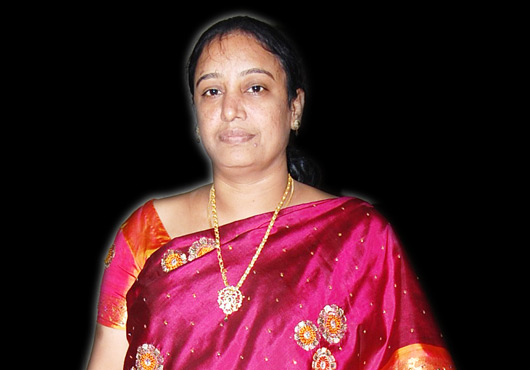 Sn.Smt.Katikala Swarnalatha, W/O Sn.K.S.Bhagyarao was an officer working in Andhra Bank, Visakhapatnam. When, the “Sneha Club” was started she was inspired by the services rendred by the Sneha Club to poorest of the poor and downtrodden and joined as life member in sneha club. She has also extended fullest co-operation to her better half  Sn. K.S.Bhagyarao Founder sneha club during 2008, When Sneha Mutually Aided Co-Op Society (MACS) was established by Sn. K.S.Bhagyarao with several inspired people to develop financially the poorest of the poor.

Under certain situations when occurred, where no board of directors come forward to stand as guarantor for the depositors, who has invested in our sneha mutually aided co-operative society, she has agreed to stand as a gurantor and pledged her personal properties to full fill the requirements of the society as per the guidelines and as per terms and conditions of the by laws of the society, by taking voluntary retirement from andhara bank, sacrificing her remaining services of 15 years and loss of her financial benfits. The society to utlise her services, elected her as a president of “Sneha Mutually Aided Co-operative Society Ltd" during the year 2009.